Investment in Chinese artificial intelligence firms reached US$2.76 billion last year as Beijing looks to transform the nation into an AI innovation centre by 2030 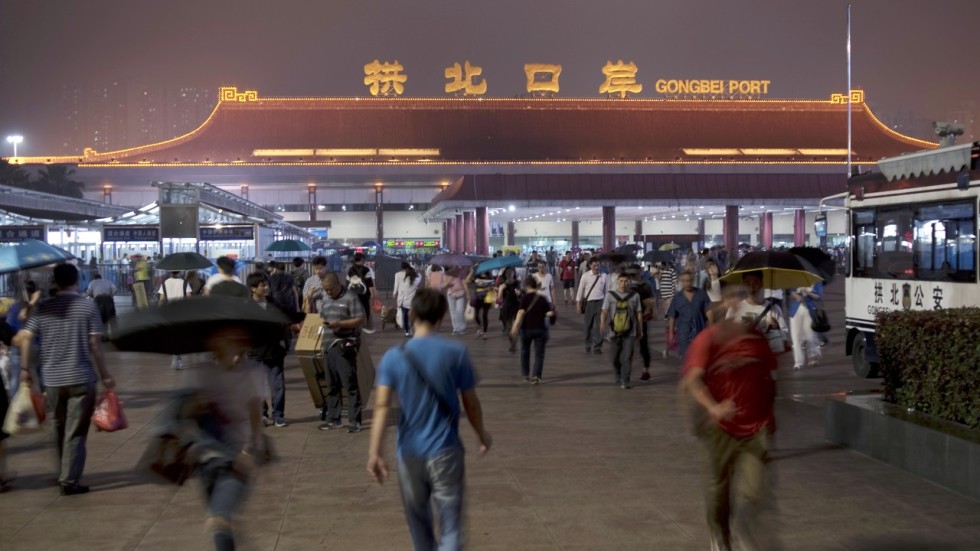 At the busy Chinese border point of Gongbei Port, fewer than a dozen customs officers have the mammoth task of picking out the smugglers and tax dodgers from the 400,000 travellers to and from Macau each day.

These officers are now aided by a powerful facial recognition system built by Shanghai-based start-up Yitu Technology, whose software is also used by banks to verify ATM transactions. Surveillance cameras at Gongbei Port capture the images of every traveller, matching and cross-referencing them with national databases. Those who cross over to Macau and back multiple times a day – a key attribute of smugglers – are flagged for closer attention.

Three seconds is all it takes to identify someone from the 1.4 billion faces stored in China’s national databases, and public security agencies have been the major source of demand for Yitu’s technology so far, according to Lin Chenxi, one of Yitu’s co-founders and responsible for product research and development.

That demand is driven by the need to secure key buildings, schools, hospitals and other public institutions, Lin said. The company has set its sights on exporting its technology overseas, to countries in Africa and Europe, where governments are grappling with the threat of terrorism, he said.

“Someday, AI technology will be just like the internet, existing everywhere in our daily lives,” Lin said in an interview in Shanghai this month. “There’s broader potential for the application of AI-based facial recognition beyond its current usage in public security, finance and medicine.’’ Companies like Yitu are benefiting from a state-backed push into developing artificial intelligence, or AI. In July, China’s State Council laid out goals to build a domestic artificial intelligence industry worth nearly US$150 billion in the next few years, and to make the country an “innovation centre for AI” by 2030. Chinese President Xi Jinping reinforced that goal in his speech at the Communist Party’s once-in-five years conclave, naming advanced technologies including the internet, big data and AI as crucial tools to help build China into a “strong country with advanced manufacturing.”

Money has been pouring into the field even before the government anointment, with total investment in Chinese AI firms reaching US$2.76 billion last year, compared to US$20.7 billion raised in the US in the same year, according to data from China’s Wuzhen Institute.

To ensure a coordinated approach, China’s science and technology ministry this month named Baidu, Alibaba and Tencent, as well as speech intelligence specialist iFlyTek as the first four members of an “AI national team”, charged with leading development in their respective fields. Alibaba owns the South China Morning Post.

Someday, AI technology will be just like the internet, existing everywhere in our daily lives
LIN CHENXI, YITU CO-FOUNDER

“First-tier players in facial recognition, including Yitu, are expected to explore more business opportunities outside the public security sector where they are currently concentrated,” said Li Jingwang, an analyst with Itjuzi, a Beijing-based research firm.

Yitu’s Lin, who graduated from Shanghai Jiao Tong University in 2005, was part of the university team that won the ACM International Collegiate Programming Contest (ACM-ICPC) team in 2002, the first Asian team to win what is widely considered the “Olympics of programming” competitions.

Yitu, which Lin cofounded with CEO Zhu Long in 2012, won first place in several segments in facial-recognition competitions conducted by US agencies. The company’s AI solutions are deployed on Microsoft’s Azure cloud computing platform. In May, Hillhouse Capital Group led a 380 million yuan (US$57 million) round of financing for Yitu. Its facial recognition technology is used by several banks in China, including China Merchants Bank, to enable cash withdrawals without a bank card at more than 1,500 outlets across the country. The software is sensitive enough to be able to distinguish between a real human face and a photo placed in front of the camera, according to Yitu, which said no cases of fraud or mistaken identity have been recorded since the function was introduced late last year.

To expand overseas, Yitu has set up offices in a number of African countries, including South Africa, to work with local governments on applying its technology to public security. The company is also expanding into the UK and other European countries, where a series of terrorist attacks have raised the demand for the latest in surveillance and security technology, Lin said.

While Yitu will provide the technology to overseas users, the company itself will not retain any personal data, Lin said. The company will set up a R&D laboratory in Singapore and use it as a launch pad to expand into the region, it said.

Lin said the next step for Yitu is to ensure that its facial recognition software can be applied to other racial groups.

For Yitu to have a place on the global stage, it must own “world-class algorithms,” Lin said. “Simply put, if a Chinese AI company is only able to identify Chinese faces, its technology won’t be able to be used worldwide.”

You can copy the link to share to others: https://www.yitutech.com/node/452